The Only Thing Bankrupt Is the Orthodoxy 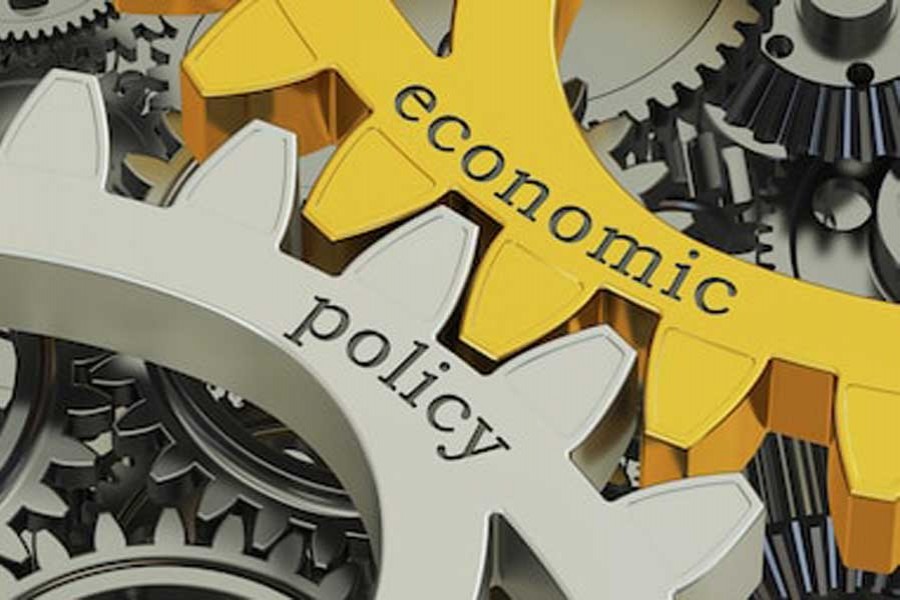 For much of American history following pattern has persisted: The federal government runs up its debt to GDP ratio in wartime and brought it back down, if modestly, in peacetime. There have been times when we have actively paid down our national debt and times when we merely reduced the budget deficit, or allowed GDP growth to outpace the growth of the national debt. This has largely been driven by the “common sense” understanding that borrowing is risky at best and undisciplined and irresponsible at worst. After all, a business that borrows better expect the profits on its investment to justify the interest expense. A person who “lives beyond his or her means” is seen as sacrificing the future for the present, which is frowned upon as self-indulgent. Not only can this lead to ruin in the long run, as interest charges eat into income, but this is especially anathema to a culture which often sees saving as a hallmark of virtue. To this day, the conventional wisdom, with regard to how we think about our national debt, draws heavily from this well of common sense. What we know to be true for a business or a household we naturally assume must also be true for our federal government. But the cracks in this way of thinking have become so large that the dam which holds back paradigmatic change is beginning to collapse.

The first significant departure from the standard pattern was the New Deal response to the Great Depression. The situation was so dire that the taboo against significant peacetime deficit spending was broken. But the fundamental wariness of federal borrowing remained in effect, even throughout the New Deal. As a result, the borrowing that was done was restrained, even if less so than normally. Taxes were also increased on the wealthy to minimize borrowing done to cover New Deal spending. It wasn’t until the experience of World War II that American policymakers arrived at an understanding of the federal budget known as “functional finance.” The Treasury instructed the Fed to keep interest rates down in support of the war effort, and focused on keeping inflation in check rather than worrying about the size of the deficit. Chairman of the Federal Reserve Bank of New York, Beardsley Ruml, declared “taxes for revenue are obsolete.” The implication was that a country with its own central bank and its own non-convertible currency could cover whatever expenses it incurred, and that the role of taxes should be re-imagined in terms of their economic effects rather than as a means of raising revenue. But this framework, in spite of its clear effectiveness in enabling the country to win the war, and despite having been embraced by such high ranking members of government, nonetheless did not stick.

While the post-war period saw the decline of the national debt to GDP ratio, the fact that this period is now known as the golden age of capitalism demonstrates that the record high debt to GDP ratio at the end of the war did not precipitate a period of stagnation, but rather the opposite. In spite of this, Paul Samuelson, a top economist of the post-war period and writer of the premier economics textbook of the day, determined that the public should not be acquainted with the core insights of functional finance. Calling the need to balance the budget a “superstition” and a “myth,” he nonetheless held that such inaccurate understanding was necessary to uphold in order to prevent government from overspending. The hard-won insights of functional finance were lost for a generation to an academic who believed the public was too irresponsible to know the truth about deficits. But the real nail in the coffin for twentieth century functional finance was the stagflation of the late 1970s. Even leading advocate of functional finance, Abba Lerner, traumatized by the inflation of the period, amended his position to recommend balanced budgets. It is important to note that this was not because of any danger that a currency-issuing government would go bankrupt, but it was an effort to avoid contributing to the inflation problem of the day.

Ironically, it was not until the death of functional finance, the Reagan Revolution, and the dawn of neoliberalism that the pattern of declining debt to GDP ratios in peacetime would again be broken. Reagan’s tax cuts and defense spending would drive a sustained climb in the national debt to GDP ratio for the first time in peacetime since the New Deal, and only the second time in American history. Still, it is worth noting that Reagan never explicitly challenged the importance of deficit reduction and always made a show of paying lip service to the conventional view. This would begin a pattern of deficit expansion as discreet indulgence rather than as explicitly defended policy. While Reagan’s deficits coincided with the decline of inflation, Reagan’s successor, Bush Sr., nonetheless famously broke his “no new taxes” promise in order to sign a budget package which prioritized deficit reduction. This represented a reversal of a decade of Reagan’s quiet defiance of the conventional view on deficits and was punished with Bush’s defeat to Clinton. The episode illustrated the political risk of inflicting pain upon voters for the sake of deficit reduction.

The rediscovered concern for deficits of the Bush administration found its way into the Clinton administration via the “Rubinite” team in the Council of Economic Advisors. We were told that if we did not bring down the deficit, interest rates would spike as the “bond vigilantes” sold off their Treasury debt in protest of government profligacy. Clinton dutifully capitulated core aspirations of his presidency to the stern warnings of the grave danger represented by our growing national debt. Once again, the national debt to GDP ratio would decline in peacetime as it typically had in the past.

But Bush II would once again reversed course on deficits, following in the footsteps of Reagan rather than his father and Clinton. Again pursuing tax cuts and military spending, Vice President Cheney would famously remark that “Reagan proved deficits don’t matter.” Obama took office amidst the worst financial crisis since the crash of 1929, and as a result, taboos on deficit spending were decisively put aside in order to bailout the banks and stimulate the economy out of the Great Recession. But if the acceptance of the need to deficit spend was decisive, it was also hamstrung. Not only was the stimulus too small, as even its architects now admit, but Obama pivoted to deficit reduction as early as 2011 when the economy’s recovery was far from robust. Nonetheless the crisis precipitated a major increase in the national debt to GDP ratio. But it was likely Obama’s insistence on austerity that contributed to the election of Trump.

Trump has continued down the Reagan/Bush II path of discreet indulgence, adding to the deficit with tax cuts and military spending in peacetime,  without a major calamity such as the Great Depression or the 2008 financial crisis to justify it. Now, in 2020, the national debt has more than doubled since the financial crisis, bringing it to over $23 trillion. Even more starkly, it has more than quadrupled since Clinton told us we must make sacrifices to bring down the deficit in order to prevent interest rates from spiraling out of control. Yet interest rates are at record lows. Nonetheless, the conventional view still assures us that the promised falling sky will soon come crashing down upon us if we don’t put our budget on a “sustainable path.”

While plenty of economists continue to espouse an unreconstructed view of the dangers of a growing national debt, high priests of the orthodoxy such as Larry Summers and Jason Furman have shifted to downplaying the danger of defict spending. In other words, the very people who brought us Clinton’s balanced budgets, along with Obama’s inadequate stimulus and unnecessary pivot to austerity, have now done a remarkable about face in recognition of the glaring repudiation that recent history has leveled against the conventional view. But perhaps we shouldn’t be so impressed with the adaptability of our vaunted “high priests.” Not only has their ignorance of the lessons of economic history wrought major harm, but if we are to believe their public statements, they still have yet to really learn the lesson.

The reconstructed view of the high priests is that deficits are OK as long as the rate of growth of GDP is higher than the “safe rate” on Treasuries. Because this condition is currently met and they expect it to continue to be met for the foreseable future, they approve of further expansion of deficits. They assure us that as long as their condition is met, the debt to GDP ratio will remain reasonable. This position has political advantages. It avails itself of the reassuring continuity of regard for our debt to GDP ratio as a relevant metric. Meanwhile, it also avails itself of the quietly permissive posture toward deficits pioneered by Reagan and employed by Bush II and Trump.

But this view fails to observe basic insights of twentieth century functional finance. Debt to GDP ratio is simply not a relevant metric. A country with its own non-convertible currency can always pay its debts, so there is no such thing as a fiscally unsustainable debt level. This is observable not only when we look at our debt to GDP ratio at the end of World War II, but also when we look at Japan today, whose ratio is over 200%. Similarly, interest rates on the national debt are a policy variable, entirely subject to the control of the Fed. Indeed, even the Fed itself recently acknowledged this capacity is at its disposal. Yet the high priests’ reconstructed view still treats interest rates on the national debt as though it were some force of nature before which we must tremble. The same people who told us we must balance the budget nearly thirty years ago in order to appease the bond vigilantes still want us to look at financial markets as a capricious master at whose mercy we must tread lightly. Nevermind that we have quadrupled the national debt since then with no interest rate spike. Nevermind that the Fed itself acknowledges that it has the power to set the interest rates on our debt if it chooses. While there is no shortage of economists eager to tell us that we’re broke, the only thing bankrupt is the orthodoxy.