In How Public Spending Creates Money, we focused on a simple, straightforward way of understanding the monetary system. In essence, Congress spends money by writing checks to recipients and the Fed clears the checks. This is the most helpful way of thinking about the process, though it is not the conventional way (and is often considered a controversial departure from convention for many). This section will delve into the mechanics of money creation and how to understand it, from the conventional perspective.
In the conventional way of understanding money creation, public spending does not create money, it merely recirculates reserves created by the Fed, which the Treasury obtains through taxation and borrowing. Meanwhile the Fed creates reserves primarily by purchasing Treasury bonds (the Fed may also create reserves by buying other assets, or by lending to banks at what is called “the discount window” against acceptable collateral). 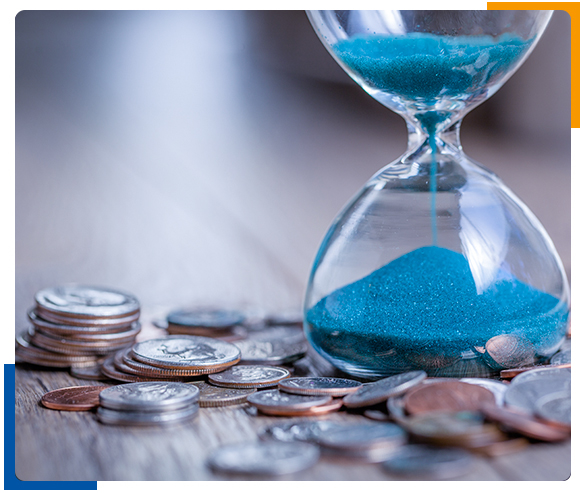 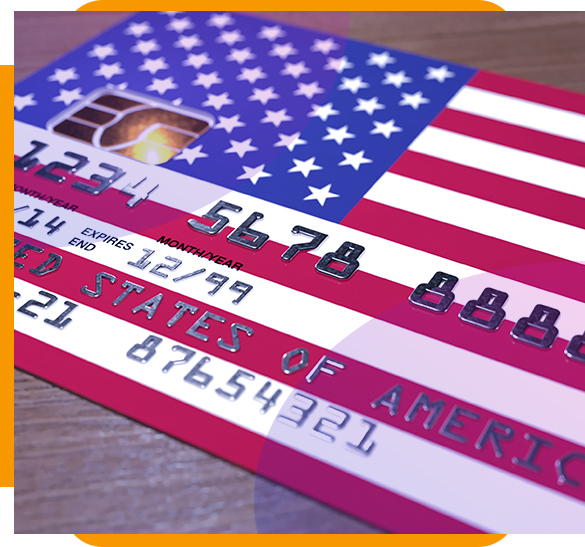 While one may point to the inflows and outflows of balances to the Treasury’s account and conclude that the government really spends already existing money, the point is to recognize the effective implications of the system as a whole. In light of these implications, it is most helpful to think about public spending as an operation, which in effect creates money rather than merely re-circulating it. The difference between the two accounts has been compared to looking at an optical illusion with the profiles of two faces facing each other, the outlines of which also form the shape of a goblet. Which is it? Two faces, or a goblet?
But declaring the dilemma a toss-up and deciding both are equally correct misses a number of key points. First, the process is fundamentally one of debiting and crediting accounts; and because the federal government is a currency issuer, it is technically not necessary for the Fed to debit accounts in order to credit others. Ultimately, this practice is based on a self-imposed constraint that is outdated at best.*** So, the debiting and crediting of accounts are fundamentally separate operations, even if they are linked by convention. It is important not to lose sight of this, as the conventional framing does, with severely harmful consequences.

Learning to see the debiting and crediting of accounts by the Fed as separate operations is helpful for breaking out of the fundamentally incorrect model of understanding the federal budget, which sees it as comparable to that of a household. This model is incorrect because it overlooks that the federal government is a currency issuer rather than a mere currency user like households are. Seeing debits and credits to the Treasury’s accounts as a transfer of funds reinforces the dangerous illusion that the federal government is a mere currency user.

Meanwhile, confining our understanding of money creation by the federal government to Fed asset purchases and discount window lending contributes to the common misconception that money creation is a rare and hyper-inflationary practice which should be regarded as dangerously irresponsible. In fact, money creation in general is common (both through public spending and bank lending). The conventional framing overlooks this, causing us to underestimate our ability to responsibly provide the funding to attend to public priorities. This blind spot bears significant responsibility for the viability of Austerity as a political agenda.

Beyond this, thinking of all public spending as entailing money creation helps to keep us focused on the actual constraints we face in public spending. The constraint is not revenue, or even the effect of deficit spending on interest rates, as the Fed can always buy up excess treasuries in order to hold interest rates down if necessary (or the Treasury could just stop issuing treasuries). The actual constraints are the availability of real resources for sale in dollars, and concern for the effect of further public spending on inflation. 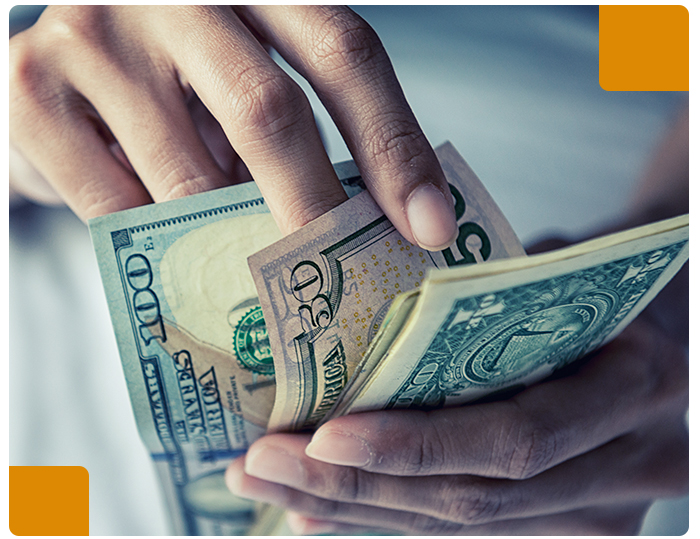 At best, thinking within the frame of taxing to fund spending acts as a highly imperfect proxy for checking inflation as we spend. However, operating within this frame leaves us blind to the importance of spending more than we tax in order to ensure adequate net money creation through public spending. It also encourages us to overlook whether a given tax is actually effective at checking inflation.

For instance, within the conventional frame we might think it makes sense to go to great lengths to obtain tax revenue stashed away in tax havens in order to obtain the tax revenue to fund public spending. After hypothetically overcoming this significant political and technical challenge, we would obtain this tax revenue only to discover that not only were our efforts entirely unnecessary, but they were actually irrelevant to the task of checking inflation, as money stashed overseas is not likely to bid up domestic prices.

The proof of these hazards is clear when we consider the status quo discourse around the federal budget. Politicians are routinely challenged to say how they will pay for public-spirited spending proposals. Politicians and economists routinely claim the federal government is bankrupt. Money creation by the federal government is considered a grave taboo which few dare even mention in public. Given the convoluted nature of our monetary system and the outdated assumptions shaping the way we think about the federal budget, it is important that we bring as much clarity and simplicity as possible to the way we think about public spending. Regarding all public spending as involving money creation is extremely helpful in this respect.

*Marriner Eccles, who was Fed Chairman at the time the law was passed outlawing Treasury overdrafts from the Fed, has been quoted saying that the law was passed on the insistence of Treasuries dealers who charge fees for acting as middlemen between the Treasury and the Fed. **Prior to the 2008 crisis, the Treasury had a target balance for its reserve account at the Fed rather than a threshold below which it avoided allowing its balance to fall.

**Prior to the 2008 crisis, the Treasury had a target balance for its reserve account at the Fed rather than a threshold below which it avoided allowing its balance to fall. This was because prior to the crisis, the Fed’s technique for hitting its interbank interest rate target was to maintain a sweet spot of scarcity of reserves in the banking system. In this context, net drains or influxes of reserves into or out of the banking system would create volatility in the interbank lending market, causing the Fed to miss its target interest rate. To avoid this, the Treasury would, in cooperation with the Fed, do its best to maintain its reserve account balance at a constant target amount ($5 billion), so as to ensure that inflows and outflows to and from its reserve account would not entail any net drain or influx of reserves to or from the banking sector. However, since the crisis, the Fed has changed its technique for hitting its target interest rate. Now there are an abundance of reserves in the banking sector which previously would have driven the interbank interest rate to 0%. However, the Fed now pays interest on reserves which provides a floor under the interbank interest rate. This means that under the current policy regime it is no longer necessary for the Treasury to avoid net inflows of reserves into its reserve account. The practice of maintaining a target Treasury reserve balance is therefore obsolete for the time being, though the previous regime may be reinstated at some point in the future. 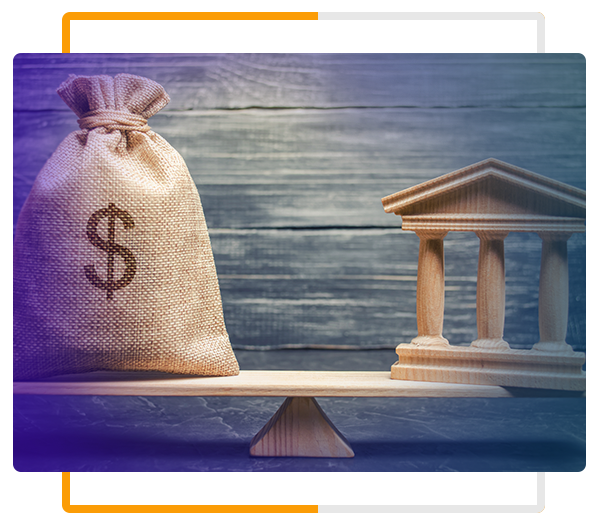 ***While the prohibition of Fed overdrafts was likely imposed on behalf on treasuries dealers, the need for reserve balances to pass through the Treasury’s account at all reflects a concept of the Treasury as a currency user rather than issuer which was dubious even under the Gold Standard, though it was more understandable then as our concept of money was based on gold which the government cannot simply issue at will, even if it could issue reserves backed by gold at will.